By: Nikolaas VerhulstPosted on December 26, 2017

At the time of writing there is an ongoing exhibition in Brussels about the history of Islam in Europe. For the official poster, the organisers have opted for a nice picture of two kids, probably brothers, playing chess.1 This is probably because an early version of chess was brought to Europe after the Moorish invasion of the Iberian peninsula. Since the exhibition is in Brussels, it’s likely at least officially bilingual, but I have only been able to find a good image of the French poster, so that one will have to do. We’re anyway mostly interested in the chess aspect, so it’s not a big problem. 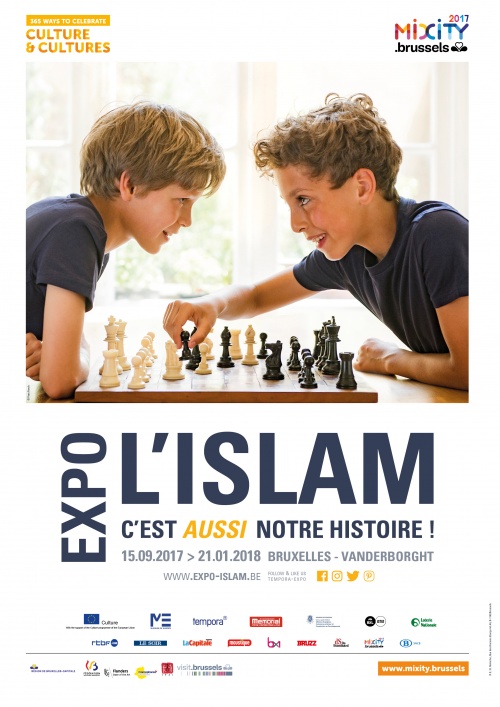 But before I start the technical analysis, I want to vent my curmudgeonly tendencies for a little while. Because I object, I object very strongly, to anyone making possessive claims about ethereal things like history. I object even stronger to leaving out important colons. 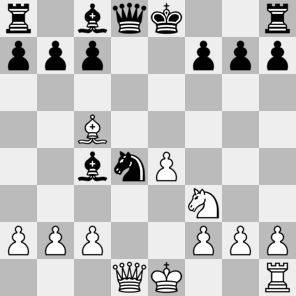 but I must admit that I do not have much faith in my reconstruction. I think the white knight and rook as well as the one black pawn have been taken and are standing next to the board, not on it. The slightly obscured black piece on d4 looks like a bishop, but that would be incredibly illogical – and, in fact, inconsistent with the previous assumption – so my best guess is that it’s a knight. Black is holding another pawn, too; I don’t know where that fits in. Perhaps he’s about to take on e4 with it.

The worst part is that there are two bishops teetering on the border of their ranks.1 At best, this is uncivilised, at worst, it is spineless trickery. But I guess that’s not a bad representation of history.

Realism: 2/5 Every cluster of pieces looks alright if regarded on its own, but together they form an incomprehensible contraption.

Probable winner: Black, he’s a bunch of pieces up with no compensation in sight.