Sometimes I have serious difficulty starting one of these posts. For example, what could I possibly tell about Smirnoff that not everybody knows already? The name alone brings back fond college memories for whole generations. An originally Russian invention, it has been appreciated all over the world and, quite possibly, far beyond that. For decades already. Yes, it is one of the most popular compactifications in all of topology. But apparently, it’s also a drink. A vodka, I believe. As such, it has been the subject of the interesting advertisement below.1 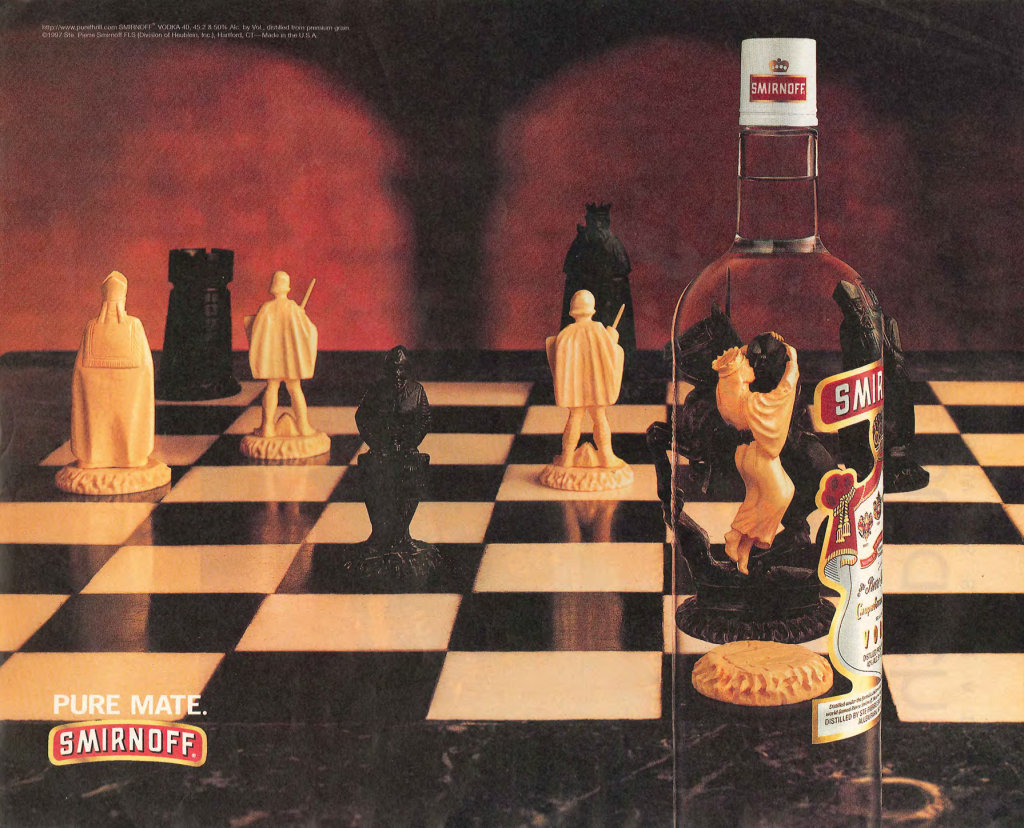 People often talk about piece activity, but this is just ridiculous! As is putting your pieces on sand cookie pedestals, which I don’t think the FIDÉ approves of. Nor would it approve of the fact that he standard set has been ignored once more in favour of less abstract – and perhaps more photogenic – medieval-themed pieces.

Nevertheless the pieces are perfectly recognisable. More annoying is that not the whole board is in view. The most important victim of this unfortunate cropping is the white king. He could either be hiding on a1 or, very fitting, somewhere on the king’s side. For the sake of my reconstruction I have assumed it is on g1, which seems a very probable square in view of castling.

Here is said reconstruction, but it’s important2 to remember that there might be more pieces hiding somewhere on the right. 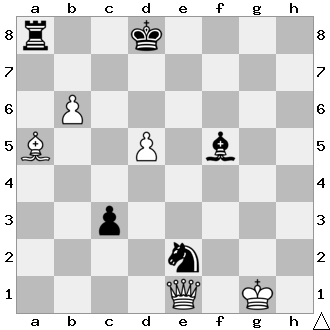 It is clear that, with my reconstruction,3 white is to move. This fits with the advertisement, which shows clearly that the white queen is taking the black knight.4

Realism: 3/5 There doesn’t seem to be much wrong with the position, but it is rather strange that there are so many pieces and so few pawns left.

Probable winner: White. He’s a queen up for a rook  and threatens the fatal b7+. Unless, of course, there are more black pieces hiding out of frame.

1. [The compactification, of course, doesn’t need advertisement.]↩
2. [Insofar anything on a website about Belgian chess history is ever important, that is.]↩
3. [Which was made with a stiff drink and this.]↩
4. [But ’tis but a flesh wound.]↩