If you are an avid reader of this blog, you know that I have seen a fair amount of god awful movies. You have seen me dissect family friendly crap like Think like a dog, loud brainless action flicks like Independence day, and excruciatingly boring teen drivel like Twilight. Perhaps you thought I’d scraped the barrel with Wing commander but no, my friend, no. This barrel is much deeper than you think. Near its bottom reigns the absolute darkness of the abyss, where the kraken sleeps its uninvaded sleep. Every now and then, an angler fish can be seen swimming by in eery silence as it preys on even more primitive bottom-feeding life forms. These in turn live on the dregs and waste of the thousands of feet of life above them. They feed on Ogroff. 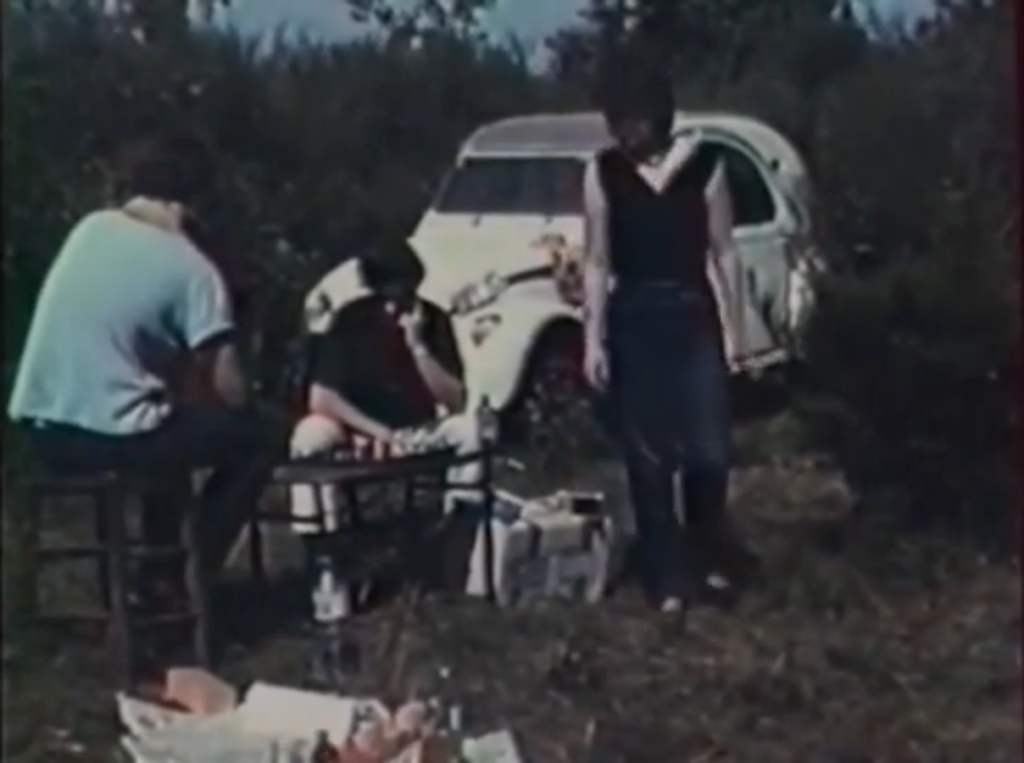 Arguably, Ogroff is a movie. It was shot on very reluctant film in 1982 in Orléans in France by the owner of a video rental store, presumably because it was cheaper than buying a VHS. It is a slasher movie which has done away with plot to focus entirely on the slashing part, which is done by a masked lumberjack in the woods where he works.1 I was lucky enough, if that’s the right word, to find a very dodgy VHS transfer on YouTube, from which the screenshot above is taken. At this point in the movie, quite a few people have already been axed, but now things get really gruesome: a8 is a dark square! Aah!

We get a full frontal view of the board, but the video quality — at least the one I saw — was such that the position was still hard to make out. Consequently, I am not at all confident in my reconstruction:2 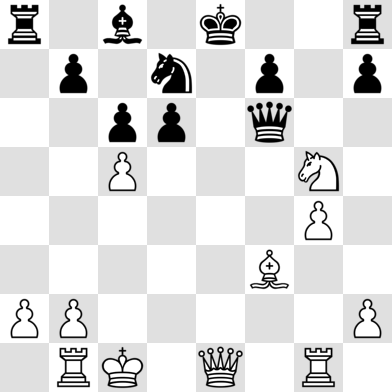 This position, although unlikely to appear in practice, is rather interesting. White is much better developed, but the black king is the safer of the two. What’s more important? Understandably, the players are taking their time here. Obviously, black’s to move, but what should he do? Queen moves are out, because they allow at least cxd6, but the three other legal moves seem vaguely plausible. Probably best is Kd8, preparing Re8.

All of these moves are vastly superior to the actual moves played: a boorish rube of a lumberjack jumping with all of his weight in the middle of the position. This doesn’t just break the rules, it also breaks the board.

Realism: 2/5 Clearly, these are just two random patzers pushing wood. But still. Why would one go Rb1? How did the white king end up on c1 without castling queen’s side?

Probable winner: No one. Everyone gets murdered.

1. [For no particular reason, here’s a synopsis set to Monty Python’s lumberjack song:

He’s a lumberjack and he’s insane
he murders folk and disturbs their game.
He cuts down men, he eats their flesh,
he goes to the lavatory.
On Wednesday he goes killing,
and has buttered skulls for tea.

It is quite accurate, although he also kills on other days.]↩
2. [More confident than I am in the director’s abilities, though.]↩