By: Nikolaas VerhulstPosted on October 16, 2018

What, oh what, did people do before the internet? Or, generally, before the rise of the computer? Hell, before cheap pocket editions of all the classical books where available in any reasonable book store? Apparently, they played chess. At least, this is what the tv series Zorro suggests; well-nigh every time we see Zorro in his downtime, he is playing the royal game. We have seen it twice before, we see it again today, and we might see it many more times. The episode currently under investigation is the eighth of the second season The flag of truce. The titles refers to the plan to allow rebel leader Joaquin Castenada to come to Los Angeles in order to meet the governor of California and discuss his grievances with him. 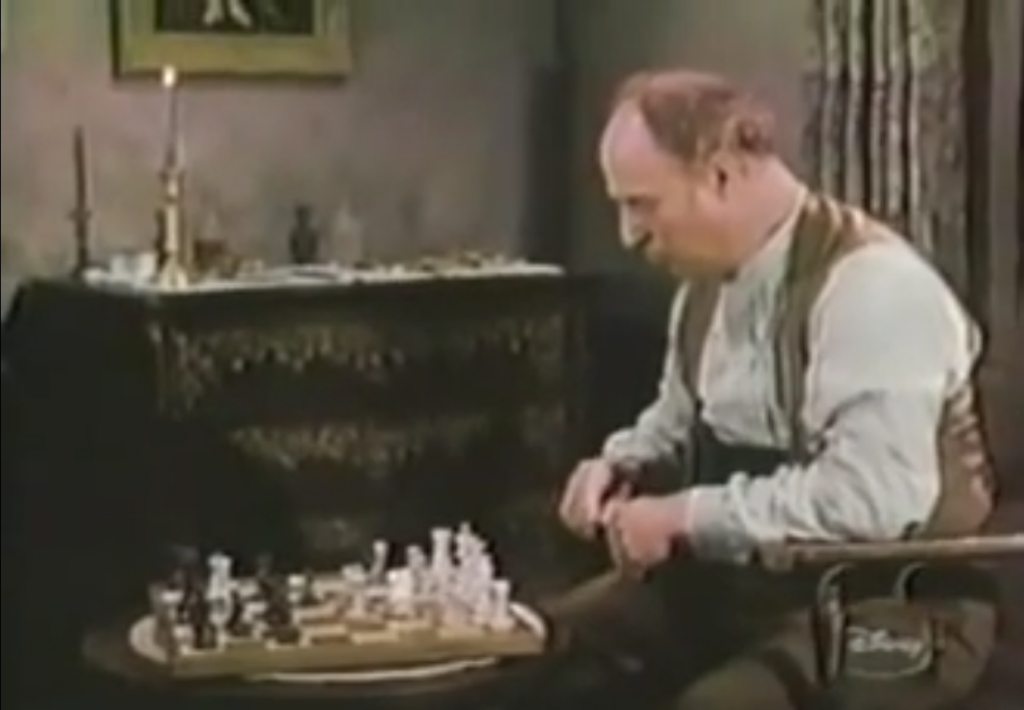 The de la Vega’s, being amongst the most important people in the vicinity, have just been told about this plan by the governor himself. Coming back from their meeting, they find Diego’s friend and servant Bernardo at the chess board – but without an opponent. The old de la Vega does not fail to remark on this:

Diego de la Vega: Oh, he does that quite often.

Diego de la Vega: No one. As a matter of fact, the games usually end in an argument.

That’s probably because he is always unsatisfied with the position he has made himself play. The first position we see is the following:1 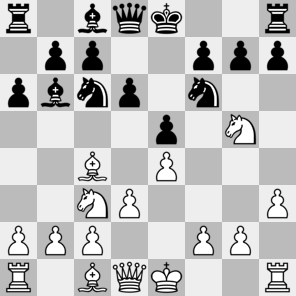 Black’s last move is utterly inexplicable and is certainly ground for an argument if you’re supposed to save the game after that. White plays the obvious Nxf7, which greatly annoys his opponent – that is to say, himself. Did does indeed happen, but before an actual argument can occur, the dialogue mentioned above happens. And with that, you’re stuck in an infinite loop of reading about Zorro, Bernardo, and the implausible 8.Nxf7.

Probable winner: Bernardo but, even before the game started, his chances were very high.