I hope you guys have been dutifully spreading the word about the Zorro-opening, because, today, Zorro rides again! Yes! We’re now a bit further in the series but still in the first season, episode 36 to be precise. This time, it is magistrado Varga who our eponymous hero is vying against. The dastardly bastard is trying to get his hands on a list of noblemen who are trying to form a front against the oppressors. Of course, Zorro prevents this, but before he does so, he can be seen playing chess with his faithful servant Bernardo. 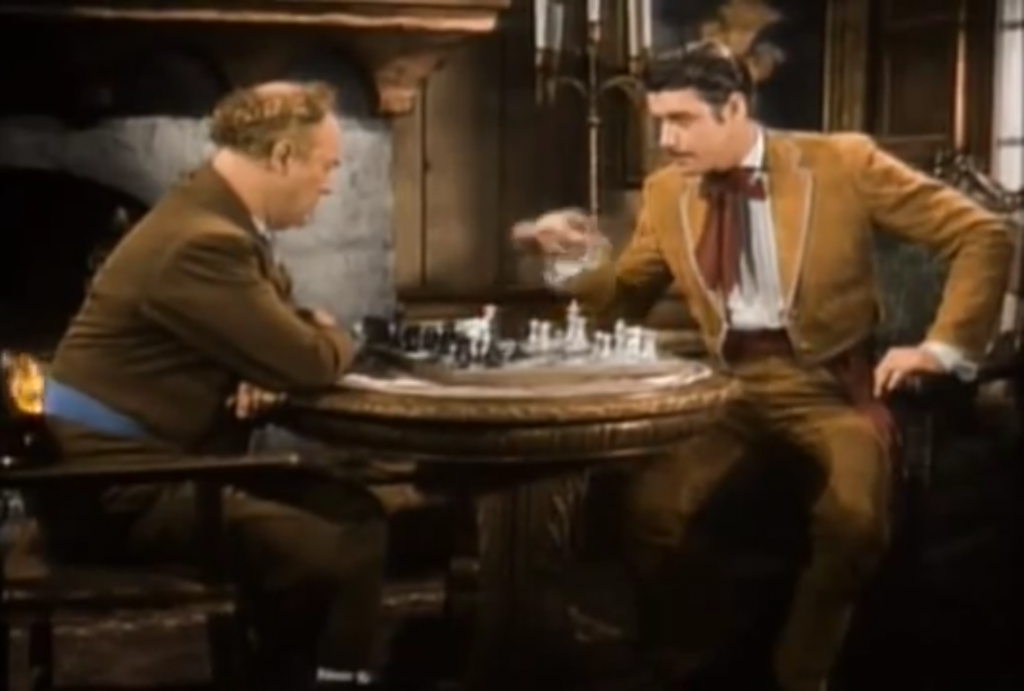 I was pretty hopeful when I learned that there was another Zorro episode featuring chess. After all, things went pretty well last time. Also, the big hero playing chess in his free time is a role model that should only be encouraged. But I have been disappointed countless times before, so I tried to not get my hopes up too high. Let’s see whether that was a good idea.

The resolution I had at my disposal was not very great, so I cannot really say anything with any degree of certainty, but I believe that, by and large, the position is as follows:1 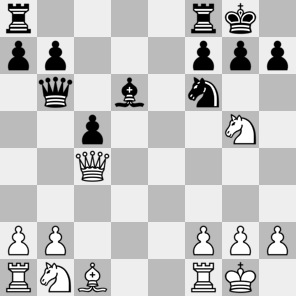 Here, don de la Vega plays Qh4, but that’s of secondary importance at best. The real question is what happened to the black knight. Somehow, Zorro must have won it for a pawn and a tempo or two.

It is kind of weird how so many pieces are still undeveloped while so many central pawns have already appeared and I have no idea what could have enticed white into playing Ng5, but no piece is in a ridiculous place and it is not improbable that, in a game between two amateurs, a piece is lost but play continues.

Realism: 3/5 I don’t see this position occurring anytime soon in any game, but hey – a8 is a white square!

Probable winner: Zorro is a piece up for little to no compensation. I’m confident this will end well for him.

1. [The black king is trying to get his hands on a list of defecting noblemen.]↩