Oh! sweet nectar of nostalgia
linger longer, just a while,
let the taste of distant mem’ries
draw a brief and sadden’d smile

…with which somewhat pompous words I just want to say that we’re going to revisit an old friend this week: we’re meeting the Hercule Poirot again! Last time we met the famous detective (and his fabulous ‘stache!) he was winning a casual game against a butler in order to finish a case from his youth. This time, Poirot is trying to clear the name of Bob, a fox terrier supposed to have accidentally caused the death of its mistress. This keeps him too busy to play chess himself, but he can still meet someone who does. Let’s have a look: 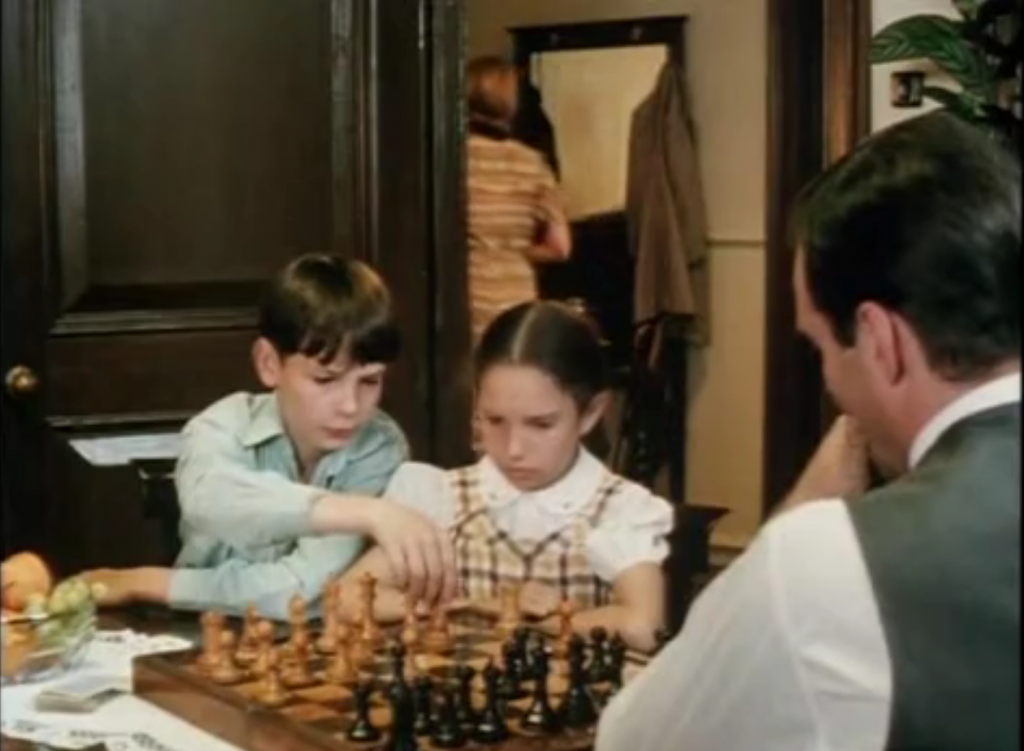 I think the bloke on the right is supposed to be explaining the game to his kids,1 but if so he’s doing a terrible job. The girl has the expression one would expect from a toddler being asked to prove the Jacobson-Bourbaki theorem. The boy looks a bit less perplexed, but his relative confidence is clearly not warranted.

One look on the position suffices: it’s a horrible mess. For some reason, almost all pawns are clustered together on the king side and the only piece to have moved so far is white’s queen’s rook. Even if we ignore the impossibility of white’s h4 and g3 pawn, black’s pawn could never have reached f5 since all white pieces are still on the board.2

The position is as follows3 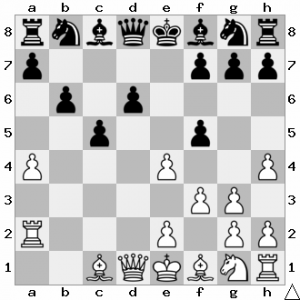 except that perhaps black’s queenside pieces are perhaps arranged slightly differently and the boy still has to decide where the white knight will land. But what difference will it make? It’s a hopeless chaos anyway.

You know what? I think they did this on purpose. I think they’re trying to make as convoluted a mess as possible, in order to attract the attention of the famous detective and hopefully get a cheap giggle out of his righteous indignation. But the great man doesn’t pay any attention to them and their silly game. Hah! Serves ’em right. Bunch of bastards.

Realism: 0/5 There is no realism. What other number could I give?