For more than two decades, from 1967 to 1994 to be precise, Terence Hill and Bud Spencer where a mainstay of the spaghetti western genre. They figured together in no less than sixteen movies. The last of these is our subject today: botte di natale (the fight before Christmas), a play on words with notte di natale (Christmas night), in which a gunslinger is tasked by his mother to bring his bounty hunter brother home for Christmas. We’re not interested in this duo, though, but rather in the sheriff and his deputy, because throughout the movie they play chess with each other a number of times, their games usually ending by something landing on the board and scattering the pieces in all directions.

This is the first time we see the hapless duo. In just a few minutes, Travis (Terence Hill) will ask where his brother lives and the sheriff will get mad at his deputy for answering the question. He will then strike the table in anger, which will startle Travis and cause him to drop the ball he will by then be playing with on the board, thereby sending the pieces flying for the first time. Many more times will follow.

Which leaves me wondering why. Why are the chess pieces – which, in my experience, tend to faithfully stay in place – taking the flimsiest excuse to jump away from the board and into gaping void besides the table? Why have the already captured pieces fled far away from the battlefield while they usually stay right next to it? Could it be that they’re working in inhumane conditions?1 Are they being tortured?! It’s certainly seems suspicious. A serious investigation seems in order!2 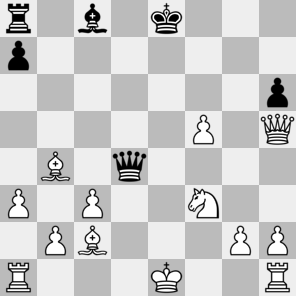 Hm. This does not really alleviate my suspicions. There is no way the black queen would voluntarily end up in such a position, and even if her leader made standard bad moves she have been captured on the previous move. Once more, hm. I think a more thorough investigation is warranted. I think we should start with the shot where the board gets hit by the ball; a quick cut like that seems most likely to contain traces of illegal activity. Let’s have a closer look, right at the moment of impact (cfr. the out of focus spherical thingamabob on the left).

But wait! What fresh horror is this?! Who would do such a thing? Who would give bishop c2 a new square in what is supposed to be the same scene? Who would force this poor little pawn on b1? Dear Lord, I know I was looking for some incriminating evidence, but now that I’ve found it I don’t feel so good.

I was going to go over the other games they play in the film, but I think I’m going to pass. There’s only so much a man can take before he breaks. A pawn on the first rank. God damn, humanity has fallen lower than I would have ever thought possible.

Realism: 0/5 The first position already borders on insanity, but the other one is just balls.

Probable winner: The sheriff claims, after the board has been upset, that he was winning, but it seems that was mainly because he’s a horrible cheating bastard!

1. [Or inpieceane, I guess.]↩
2. [And there’s no better place to start the investigation than here.]↩