By: Nikolaas VerhulstPosted on February 13, 2018

Gargoyles is an animated tv series from the nineties and I have a serious problem with it. The writing is quite interesting. It blends Shakespearean themes with medieval legends and modern day industrial corruption. The animation, too, is perfectly alright. Unsurprisingly, as it is produced by Disney. The voice acting is not just alright, it’s really good. Especially Keith David gives a great performance as Goliath. So what’s my complaint? There are no gargoyles in it! Judging from their poses and the fact that they are never shown spitting water, it seems obvious that they’re grotesques, not gargoyles. However, we’re willing to forgive that if the chess makes sense. Let’s have a look. 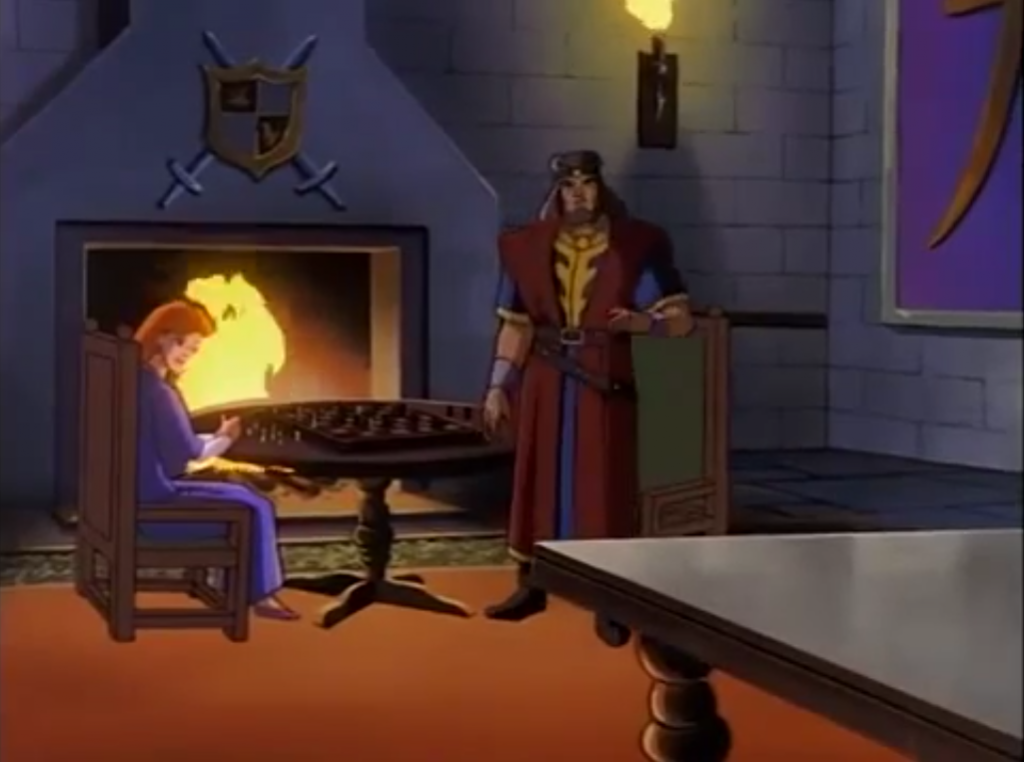 This particular episode focuses on the, well, “gargoyles”, before their long sleep and the humans from that time. Two of those humans can be seen in this image right after finishing a game. The one on the left is Gruoch,1 the one on the right is Findlaech, her future father-in-law (although they don’t know it yet) whom she has just beaten.

As is pretty much always the case in movies and tv-series, the game ended in a checkmate. How exactly this happened is not very clear. The picture above is obviously not very helpful, but we get a few other angles of (parts of) the board. Here is a list of certain information:

From 1 and 2 we can deduce the following clustering of pieces:2 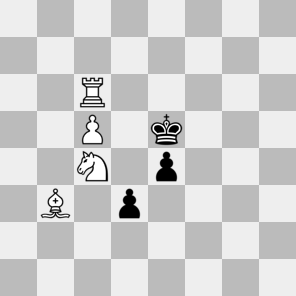 Which is a bit worrying, as the black king seems to bold for a royal. Even more worrying is that shot mentioned in 2 also shows that there are no white pieces on the last ranks. How the hell is it checkmate then?! Who’s covering d5? Or d4, for that matter?

Yes, the rules were a bit different in the middle ages, but the king’s movement was not restricted – only the lower classes were affected.

Realism: 1/5 I cannot give a complete reconstruction, but what little I can reconstruct is highly suspicious. And it’s not mate.

Probable winner: Gruoch, I guess, but I don’t know why.

1. [All these people are based on Shakespeare’s MacBeth, and therefore in turn on actual people. I guess today’s episode is the opposite from the last one.]↩
2. [Based on old lore.]↩