Kona is a 2017 adventure game with a horror theme. I have not played it, but it seems a perfectly middle-of-the-road game. Not particularly good, not particularly bad. It is set in a remote village in a particularly inhospitable region in the north of Quebec. Carl, the main character, finds his contact there dead and most houses abandoned. This is standard fare for adventure games with a horror theme and, on its own, it would not hold my attention. But then Carl enters one of the houses and sees a chessboard.

The position on the board is very easy to make out, but it is rather boring:1 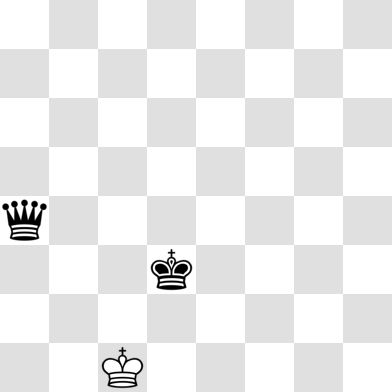 If this was the only position we got to see, I would perhaps not be discussing this game at all. After all, what could I possibly say about it? I do have a talent to blather on about nothing, but there are limits to everything.2

Realism: 5/5 This position is sure to have occurred at some point in someone’s game.

Probable winner: Black. Sure, he’s dead, but at least he won his game.

But of course it is not the only position we get to see. After all, I am writing about this game. Moreover, the diagram above clearly shows a different position than the screenshot on top of this page. Indeed, quite a bit later in the game, Carl enters a ramshackle cabin where someone had been playing as well: 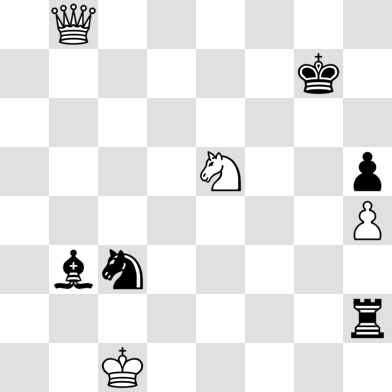 Once again the reconstruction is guaranteed perfect. Carl moves the h2 rook to c2 and comments:

Carl: Who quits a game one step away from victory?3

Wait, why must it be black to move? If it’s white to move, something like Qxb3 would change the evaluation drastically. How did you know this, Carl? Where you here before? Do you know something about these killings?

Realism: 3/5 This seems rather reasonable at first glance, but I have some difficulty finding a plausible sequence of moves leading here.4

Probable winner: We don’t know. If we believe Carl, it’s black. But why should we believe him?

One final time, the game turns to chess. The position is just as boring as the first one we saw: 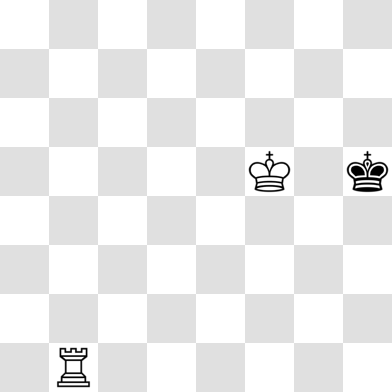 but here there’s a little more to talk about. Not about the position, but about Carl.

Carl: Just one more move for black to checkmate white.

Huh? Black to checkmate white? What on Earth is this? This is the only position of the three where it is white checkmating black! How did the game designers mess this up? Even if the originally planned position got changed somewhere in the development process, there were surely play testers. And surely the first thing they’d look at were the chess games.

Realism: 5/5 This is such a normal position that it may well not come from a game at all. It is quite possible that someone was trying to learn the basics of chess and was just practising mating with rook and king.

Probable winner: White. Even if it’s black to move, he can force a checkmate in two moves.