CIPC #252: Chess in literature, the sequel

Long, long time ago — the world was still innocent then1 — I wrote a blog post about chess in literature. In it, I discussed chess scenes from three books in varying languages and of varying fame. Today, I will do the same thing but — and this is the interesting part — with three different books! Sometimes my genius is… it’s almost frightening.2 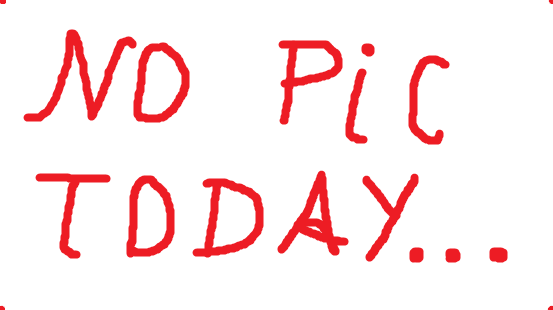 ‘I saw your brother Petros at the club the other day. He demolished me with a Karo-Cann,’ said the guest, and I interjected, earning an angry look from my father: ‘What do you mean? What’s a Karo-Cann?’

One can only admire the chutzpah of someone willing to mention open problems in mathematics in the title of his book. And it is not just a name-check: the Goldbach conjecture – which states that every natural number can be written as the sum of three prime numbers – plays an important role in this book. So does the Petros mentioned in this fragment and in the title of the book. And well he should, for if you can demolish someone with a Caro-Kann you must indeed be a man of formidable power.

The book is quite good and the author generally seems to know what he is talking about. But here he messed up: the c that rightfully belongs to Caro was given to Kann and his k was in return given to Caro.

Realism: 3/5 Should the mix up of the names result in a zero or just in the loss of a point? In the end, I decided on the latter. I also subtracted a point for demolishing someone with a Caro-Kann because that just doesn’t happen. You may win with a Caro -Kann, but you will not demolish your opponent

Probable winner: Uncle Petros. And, so far, the Goldbach conjecture, which still manages to elude mathematicians.

But now Mr. Bridmain brought out the chess-board, and Mr. Barton accepted his challenge to play a game, with immense satisfaction. The Rev. Amos was very fond of chess, as most people are who can continue through many years to create interesting vicissitudes in the game, by taking long-meditated moves with their knights, and subsequently discovering that they have thereby exposed their queen.

When Scenes of clerical life appeared, there was considerably speculation as to the author’s identity. Apparently, only Dickens guessed that it must have been written by a woman. Indeed, as is well known nowadays, George Eliot was the nom de plume of Mary Ann Evans.

Her first work was definitely not her best, but it shows an author with great observational powers and the skill to put these observations into words. In this particular fragment, we see the all too familiar long think which is a wrong think captured very well.

Realism: 5/5 It is completely understandable that two people from the upper crust of the lower class in eighteenth century England decide to wile away an evening at the chess board. It is very believable that they are bad at it. It is also eminently plausible that a knight move might expose one’s queen, as there is an abundance of opening variations in which one’s knight gets pinned against one’s queen. All in all, I see no reason to subtract points here.

Probable winner: Mr. Bridmain. If your opponent is liable to lose queens for nothing, you have a decent chance to win.

The story of Floris and Blancheflour was a very popular one in the Middle Ages.3 It tells of two children who grow up together and fall in love. When Blancheflour is sold into slavery, Floris goes on a quest to bring her back. The version by Van Assenede is a translation of a French version. It is written in a kind of doggerel rhyme.

The scene above plays in Babylonia. Floris tries to befriend the gatekeeper of the fortress where Blancefloer is being kept. Obviously, the best way to befriend him is to play chess with him. Time after time, he beats him soundly but forfeits the bet. In the quoted lines, Floris is described as playing what must be quite a spectacular move, which brings him enormous gains of material. It is perhaps worth pointing out here that the chess Floris played was quite different from modern chess. Losing a rook was just about the worst thing that could happen, as queens in their current form didn’t exist yet.

Realism: 3/5 It is hard to imagine someone forcibly winning a rook, a knight, and many pawns with a single move. Especially since, at this time, the queen had not been invented yet and the game was considerably slower because of that.

1. [Or at least more so.]↩
2. [It’s like dracula, almost frightening but not real.]↩
3. [So much so that, in the Carmina Burana, Blancefloer is named in one breath with Helena.]↩