Nowadays, there is a light version of pretty much every foodstuff you can think of. There’s light soft drinks, there’s light chips, there’s light fries – pretty soon, I expect the light fried stick of butter will hit the markets. But I can’t imagine the situation was anything like this in 1957. 1957! Hell, that’s even before the Atkins diet was published! Nevertheless, the following advertisement for Pepsi boasts that it is ‘reduced in calories’1 just like modern publicity does. 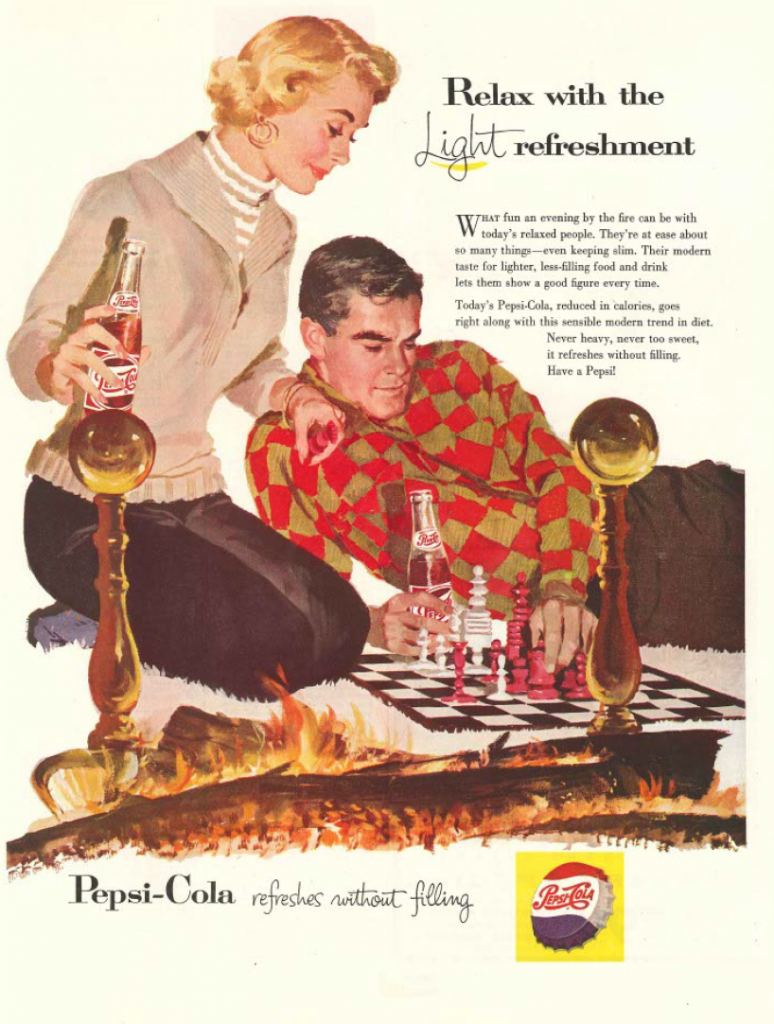 The scene is a bit strange. Or rather, the scene is normal, but our vantage point as outsiders is a bit weird: we’re looking on from the open fire! But I take it back: the scene is strange. When you see an open fire, what do you think of? Winter, a snowy landscape behind the window, a Christmas tree, hot chocolate perhaps – anything but cola. Similarly, cola brings to mind pictures of sunny terraces, green summer gardens, and swimming pools. I never thought this would happen in a printed advertisement, but it’s tonally inconsistent.

And that’s before we have even started to talk about the position on the board. Once more, our protagonists are playing with ridiculously deformed pieces. I’d complain about that, but I haven’t really got much more to say than I said last time, so I’ll just refer to the previous CIPC post and focus on the position at hand.2 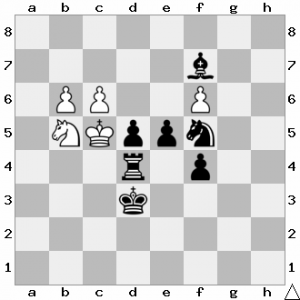 Unsurprisingly, it is utterly ridiculous. Sure, the position above is a wild guess, but whatever the real position is, it’s utterly ridiculous. Normally, the pawns in the centre are the first to disappear. Normally, pieces don’t get clustered together like this.3 Normally, people look at a chess board from the front, not from the side. Normally, people use – how often do I have to repeat this?! – ordinary Staunton pieces instead of these fancy slenderman pieces. Advertisers should really keep that in mind; it would make my job so much easier.

The man still has the black knight in hand, from which it seems reasonable to deduce that the lady is playing white. Or perhaps they’re just analysing. Maybe they’re studying Dvoretsky’s endgame manual. What could possibly be more romantic?

Realism: 2/5 It’s not illegal. There are too few pieces to make the position too improbable. That’s better than my usual fare, I guess.

Probable winner: White, but only if she takes the rook.4

PS: My apologies for only posting on Wednesday. I blame a crappy network connection.