By: Nikolaas VerhulstPosted on February 26, 2019

Having a contest with the grim reaper with one’s life at stake is a very old trope. Older than chess, in fact. But in medieval times, as the game became popular, a nice game of chess against the bony one became a standard conclusion to the life of a character in a novel. The most famous example is no doubt in Bergman’s The seventh seal, but I’m reserving that for a special occasion – like hell freezing over, perhaps. But I have no problem talking about references to said film, like in this Toyota commercial hailing from I think 2013. The plot is that the Toyota Tacoma is playing a game of chess against the grim reaper, but it’s cheating! With its backup camera, it’s keeping an eye on a chess book placed on the ground behind it. 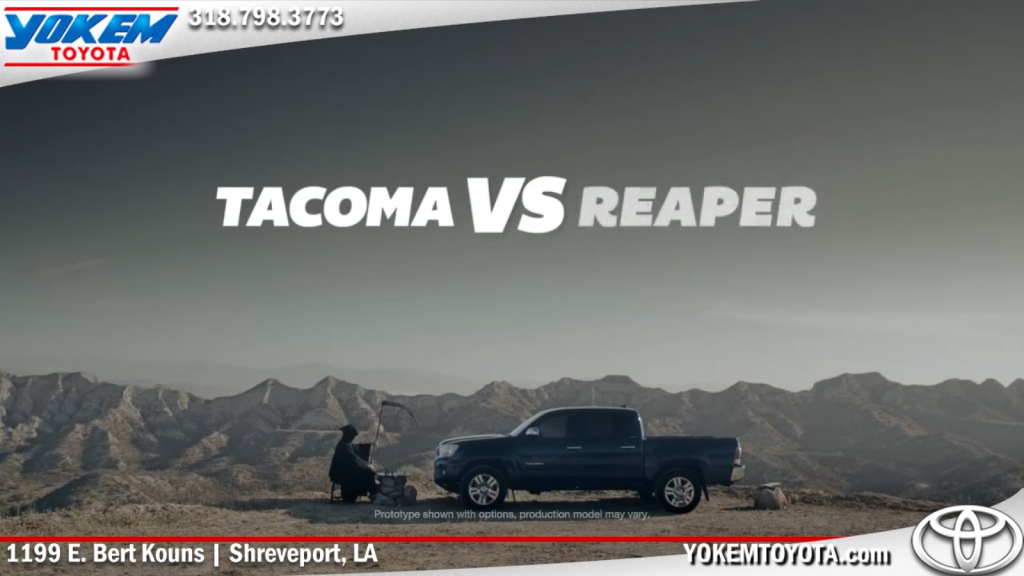 Of course, in tournament conditions this would be completely unacceptable, but all is fair in love and dead, I guess. I can’t help but wonder, though, how this came to happen. What caused a Toyota to play a game of chess against death incarnate on the side of a backroad in the middle of nowhere, somewhere in the mountains? Who wrote the A truck’s guide to chess the car is reading?1 Why did they set up the board wrongly? Well, the answer to the last question is probably that no one on set really knew anything about chess, but I have no reasonable answer to the others.

So I will sweep them under the rug and conveniently forget about them. Instead, I can focus on what’s going on on the board. The moment we jump in, we see a very smug reaper playing a4, confidently looking his opponent straight in the – well, headlights. The position is – modulo a rotation over π/2 radian – the following:2 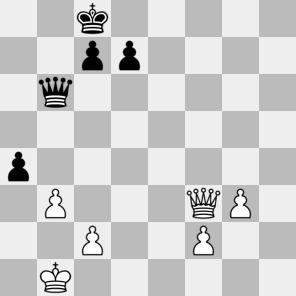 … and I really don’t see what old bonehead is so smug about. He’s playing black – obviously, how could death play white? – and is an important pawn down with no clear compensation. His last move looks perhaps vaguely threatening – an enemy pawn coming somewhat close to the king! – but there are too few pieces left for an immediate attack on the king to be successful and white’s queen on f3 is doing a pretty good job protecting her husband.

The truck replies by levitating its queen on f3 and drops it on a8.4 This elicits a furious

which must be a reference to Reb Brown’s infamous Ja-ko-da! scream from Strike Commando with which it is a perfect rhyme.

Presumably, this means death resigns, seeing that black is completely lost. Sisyphus, too, beat death. It didn’t go well. Extrapolating from this, admittedly quite small, dataset, we can conclude that the Toyota Tacoma will end up pushing a giant boulder uphill until the end of times.

Realism: 4/5 There are just too few pieces left to make the position too implausible. The only fault I can find with it is the strange immobility of black’s d pawn.

Probable winner: Tacoma. Qb8 is forced, after which white will trade queens and promote either his g-pawn or his (soon to be) a-pawn.

1. [Although the commercial later helpfully points out that trucks can’t actually read.]↩
2. [Time for some unpaid advertisement for the diagram editor.]↩
3. [Death apparently speaks Swedish. But I guess that’s just a reference to The seventh seal again.]↩
4. [Strangely, this levitation power is just swept under the rug. It is not mentioned, is not talked about, it is not even pointed out that actual trucks can’t levitate.]↩