By: Nikolaas VerhulstPosted on November 27, 2018

Usually, I am somehow familiar with the things I talk about. Most of the movies I talk about I have seen. Most of the comics I have read. Even La Bayadère I had at least heard of. Today’s topic, on the other hand, was completely and utterly unknown to me before I had its existence pointed out to me. It is a Russian animated television series aimed at children with the magnificently Russian name Masha and the bear and shows the adventures of a six-year-old girl, a sort of female version of Calvin from Calvin and Hobbes, and her anthropomorphised ursine friend. As it is a Russian show, it is not so surprising that chess makes an appearance – as indeed it does in episode 28, time to ride my pony: 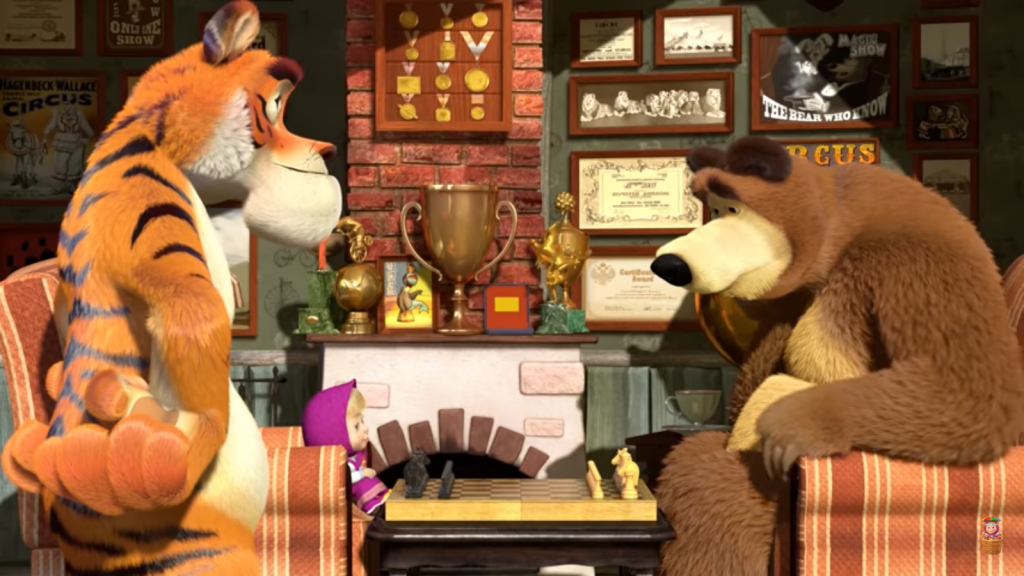 We first meet the second subject of the title’s show seated in a rather comfy-looking chair about to play a game of chess with an former colleague from the time they performed in the circus together: a tiger. But before they can start, Masha and a friendly hare come barging into the room playing what seems to be a kind of hockey completely unfettered by things like rules. Of course, she is intrigued by this new game. Tiger invites her to take his position.

The bear starts with 1.g4,1 Masha answers d6,2 and pretty soon we have the following position on the board:3 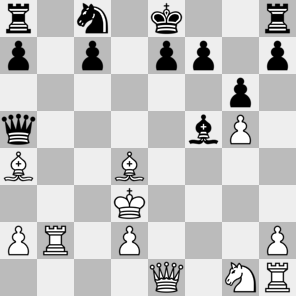 which is pretty messed up, but the bear still looks as non as anyone was ever plussed. He plays Kc4.

With these historical words, Masha plays Nd6+. The bear jumps up in astonishment and for good reason: the black bishop, which was on f5 just a moment ago, is suddenly on c2 and, which means white has been mated. Tiger thinks this a capital joke, but Bear is less happy and immediately starts a new game.

This is very unfortunate, because it means I can’t just stop writing. Soon, the following position is reached: 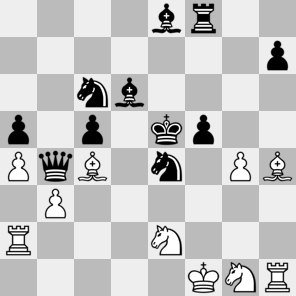 and Bear looks very confident, indeed – as well he might; after all, he is up a queen for a rook! Unfortunately, he has just played f5 which, shall we say, was not the best move. Once more, Masha decides to get her pony out the stable and delivers mate with Nf3.

Then, well, then the history book on the shelf starts endlessly repeating itself. Tiger tries it, Bear tries it, with white, with black, until late in the evening. But every time Masha mates them with one of her knights.5 They even try to hide her knights but this plan backfires too. In an ultimate show of condescension, Masha suggests playing noughts-and-crosses instead and starts with a cross on the chess board. But, of course, having the first move in tic-tac-toe on an 8×8 board is a winning advantage!

Realism: 2-5/5 The first position shown is highly unlikely. The pawn structure is relatively okay, but the placement of the pieces — and especially the kings — is especially weird. The smothered mate looked perfectly reasonable, although that may be due to the fact that only a small corner of the board was shown.

Probable winner: Masha who constantly proves her opponents quite mashable.

1. [Quite possibly the worst opening move.]↩
2. [A perfectly reasonable answer.]↩
3. [All diagrams made by my woodland friends.]↩
4. [This sounds like it might be the result of some wordplay not surviving translation very well, but could very easily be wrong. Am I?]↩
5. [There’s even a smothered mate in there!]↩