Parody is a tricky genre. When it fails, it tends to fall completely flat, but when it succeeds, ah, then you might just get a masterpiece. Like Mozart’s Musikalischer Spaß, Godfried Bomans’ De avonturen van Bill Clifford, or “Weird Al” Yankovic’s White & Nerdy. Yankovic has been parodying pop songs since the eighties, replacing the original lyrics with a bit of comedy. His most popular effort is probably White & Nerdy, a parody of the 2006 rap song Drivin’ by one hit wonder Chamillionaire. Both the original and the parody are heart-wrenching tales about racial profiling: the original about a black guy being constantly pulled over by the police, the parody about someone who wants to bowl with the gangstas but is rejected because he’s too white and nerdy. As proof of his nerd cred, the protagonist states that he was “in AV club, in glee club, and even a chess team” while showing pictures from an old book as evidence. 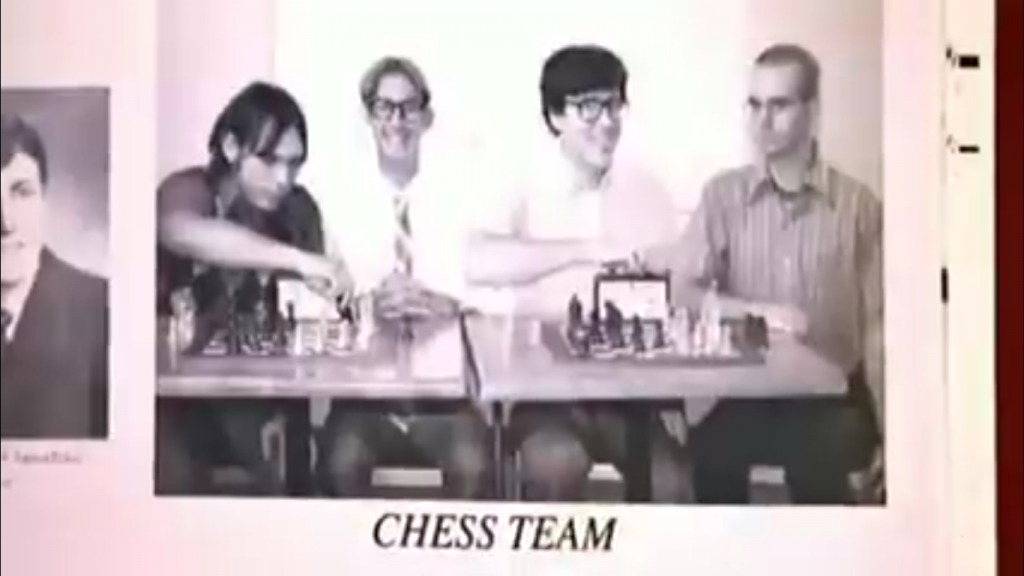 Clearly this is the pinnacle of nerdiness, the paragon of pariah-dom, the apex of geekity. Even I smirk at this level of sheepishness. I mean, who plays chess from behind the clock? You could argue that they’re clearly just posing with some of the paraphernalia of the chess club, but I could argue that the guy on the left is clearly making a move. Well, the guy on the far left is looking with slight trepidation to the scene on his left, but the leftmost one in the right picture is definitely making a move.

Now comes the hardest part: deciphering the positions. Unfortunately, getting a clear view of the chessboards was apparently not the director’s first priority. Possibly this was done on purpose to conceal the fact that nobody involved was even in an actual chess team, but if so they failed miserably. For what is the first thing I noticed? The board on the right is set up wrong; a8 is clearly a black square.

Apart from that, it’s hard to say anything with any resemblance of confidence. With great difficulty,1 I have managed to produce a diagram of Al’s position (the one on the right) and I expect major brownie points for getting even that done.2 However, it’s mostly conjecture and there’s a fair chance that  the actual position is quite different. 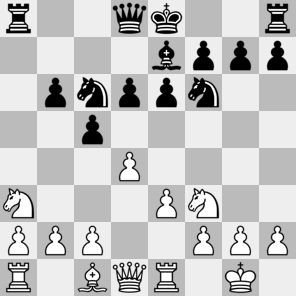 The saga begins when black gives up a pawn and, of course, if you perform this way white is just going to eat it. And he’ll get fat. And then he’ll sue ya. Like a surgeon.3

Seriously though, how did black lose his a-pawn? The only thing I can come up with is that black played Bb5, overlooking the fact that white’s bishop and knight were both covering that square and only his pawn on a6 was protecting it. But even that is weird. In what opening does the bishop get to b5? Especially considering that this must have happened before the knight gets to c6. What has been going on here?! Argh! This makes no sense! And it’s giving me a headache. I need a nap.

Realism: 3/5 But I might have unwillingly improved it a bit, by assuming in my reconstruction that pieces are on natural squares.

Probable winner: Well, white is a pawn up, but it’s not an open and shut case on amateur levels.