Alfred J. Kwak is an invention of multitalented Dutchman Herman van Veen.1 It is a show about an orphaned duck who was brought up by a mole and who, inevitably, gets into all sorts of adventures. The main difference between Alfred J. Kwak and other children shows is that Alfred’s adventures tend to be, perhaps, a bit more serious and more focused on a long-term plot. Such is not the case, however with the subject of today’s post. It is just a whimsical winter tale about a game of chess between Alfred and his foster father Henk. It starts of rather promising: there is a drawing of colours, and with remarkable speed the Polerio variation of the two knight’s game appears on the board. We cut to another scene and when we come back, we see this: 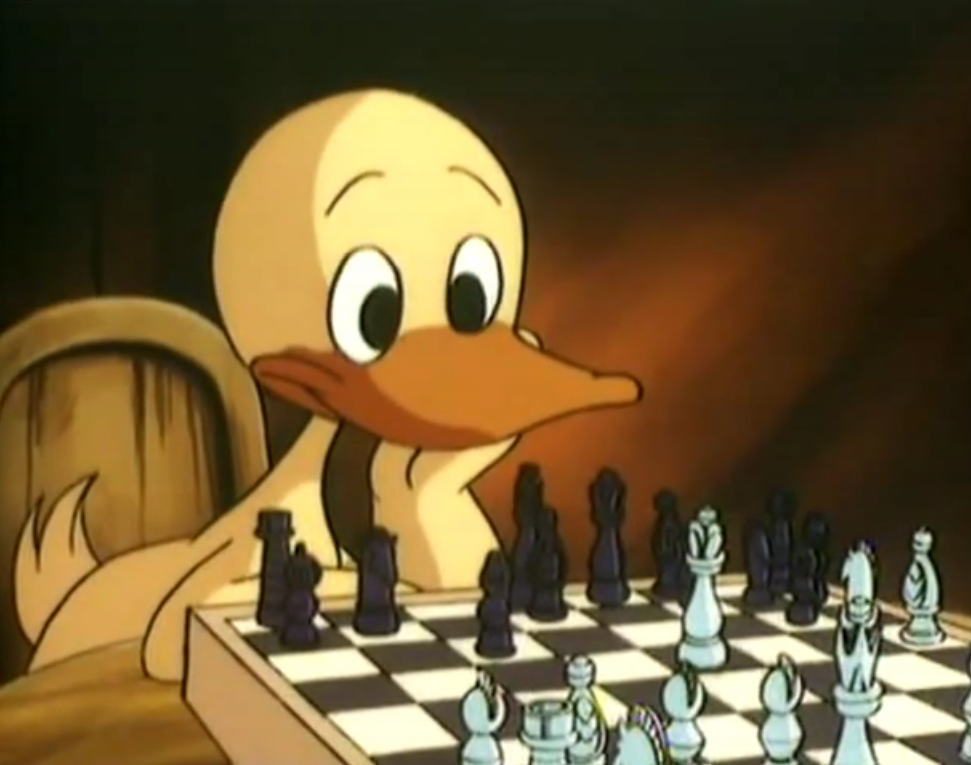 One can still make out the remnants of a once glorious Polerio defence: there is the isolated black pawn on c6, there is the white knight on g5, and there is the white queen on the e-file. However. What reason could possibly have both kings to take a step aside?2 What strange leaps of faith have brought black’s knights to b7 and g7? Who has last seen white’s b-pawn?

Let’s investigate! First, we should try to get a clear view of the situation:3 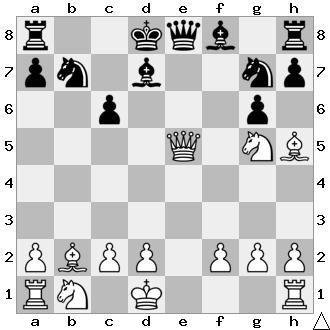 Yes, that’s better! Well, I mean, the visibility is better, the position not so much. It follows from the context in the episode that white is to move, which makes me wonder what black’s last move could possibly have been. Or white’s, for that matter. But, talking about context…

Let me talk for a moment about the ideas that were bouncing around in my brain, as a ball in a pinball machine, when I started this series. I expected many boards on which h1 was black. I expected kings starting on the d-file (a variation on which theme we see here). I expected illegal positions. What I did definitely not expect, was a fight against the imps that haunt continuity. Look, what the position looked like one cut before the scene above: 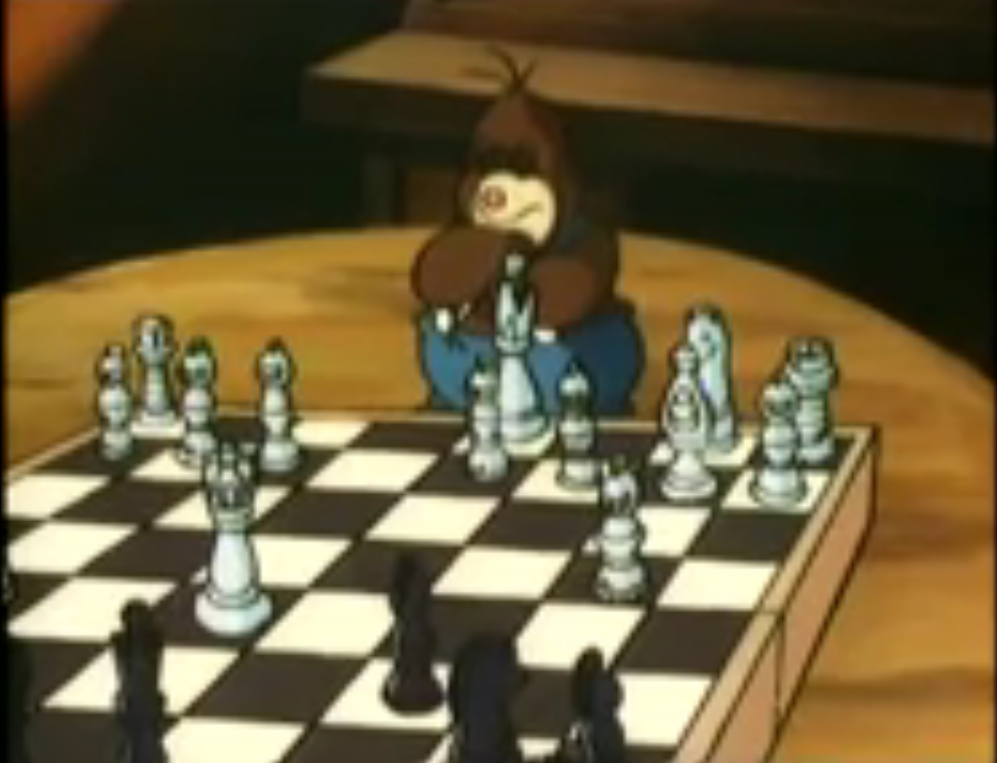 That pawn on b4 was definitely gone by the time we saw Alfred, but in the next scene its back again. And Henk plays Bd4; a profoundly stupid move. It is not quite clear what Alfred’s answer is, but I’m afraid it might very well be Bd6 because, after white replies something unclear on the king’s side, he takes the queen and, with it, the cake. Look, here you can see it happen: 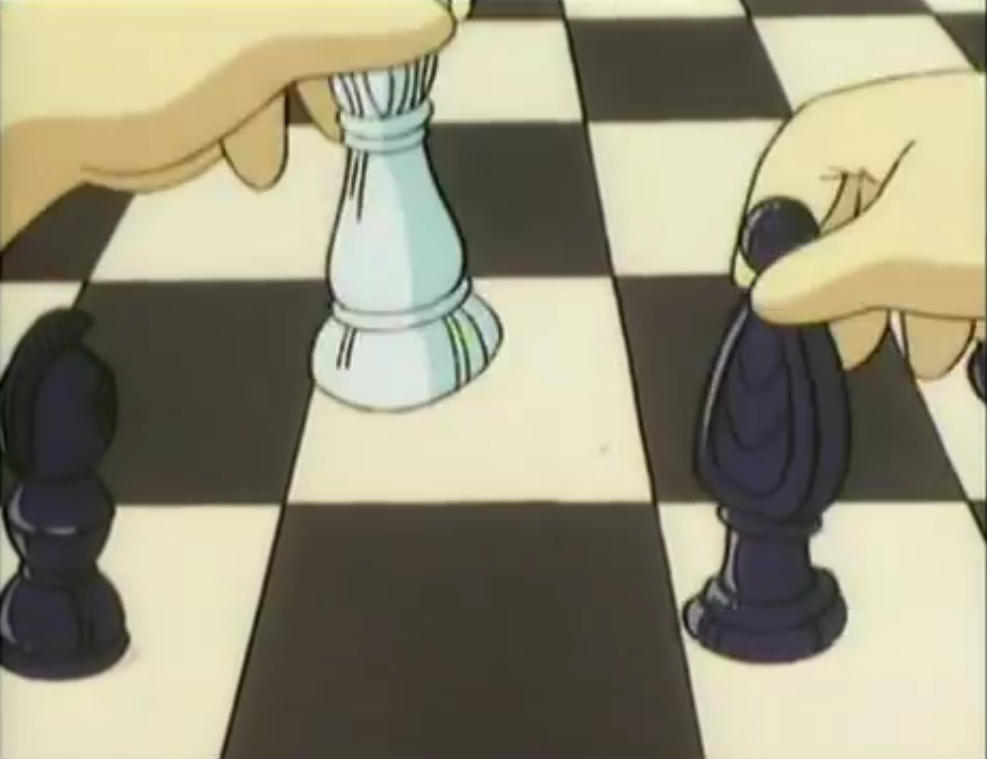 Yes, the queen was on a white square, but this picture tells a much more important tale: a tale of unparalleled duckish debauchery. Of course, one must make every move with one hand only.

Realism: 1/5 I give an extra point for the very convincing opening, but it gets knocked off again for the disappearing pawn and the colour changing square.