By: Nikolaas VerhulstPosted on January 19, 2021

I have sung the praises of Chesterton’s Father Brown stories before, so I will now just suffice by saying that I still stand by those praises. Unfortunately, I cannot be so kind to the television series. The first problem is that Mark Williams, who is cast as the eponymous hero of the show, looks nothing like Chesterton’s description of Father Brown — but that’s excusable. More problematic is that the writers soon decided to ignore the original material and to come up with their own storylines instead — usually a bad sign. 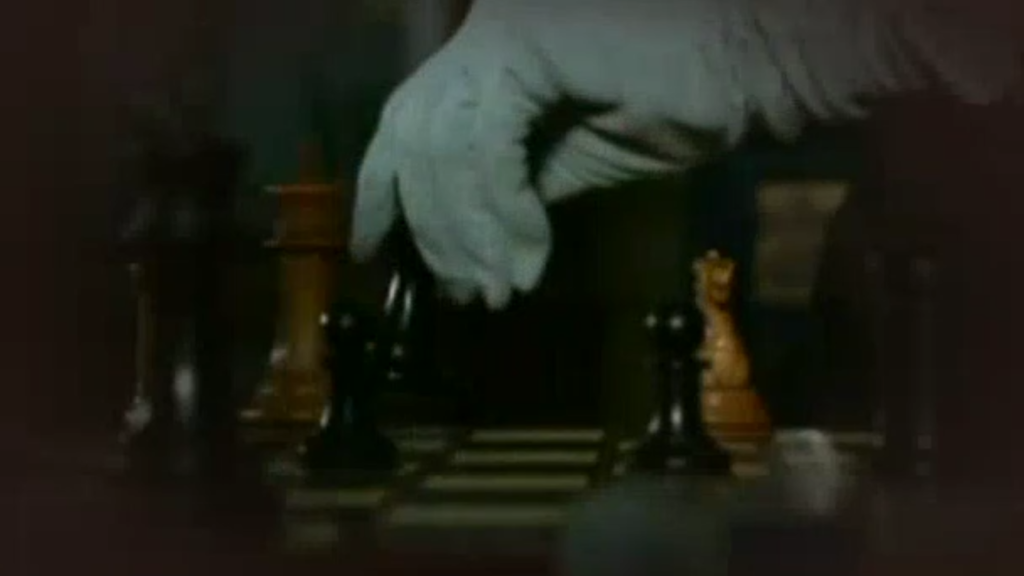 This episode, for example would have never flown out of Chesterton’s pen. Father Brown is too irrelevant, the plot is too thin, the writing just not good enough. The plot revolves around two disappearances: one old and one recent. Father Brown is called to the scene and, at the moment of the still shot above, is pondering over some puzzling notes left by the disappeared. To the right of him, a chess board has been set up.

We see most of it and it is shown very clearly, so the following reconstruction is pretty accurate. The only uncertainty is about black’s king’s side, where some additional pieces might be hiding.1 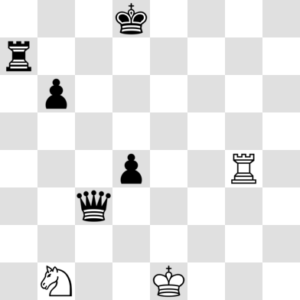 Oh, and the board is rotated 90°, of course. That’s already one problem with the position. A second suspicious thing is the position of the kings which looks to be a remnant of a wrong setup. Apart from that, everything seems more or less in order.

At this point, one of father Brown’s friends comes in and they discuss what  the notes could mean. They exchange some suggestions, ending with:

While pronouncing that last word, Lady Felicia picks up the black queen on c3 and captures the white king with it! What kind of rube takes a king? Now, normally, such a digression would earn one eternal damnation,2 but Father Brown is a man of the cloth and manages to show restraint:

Father Brown: That was… I was in the middle of that.3

Yeah, but luckily we’re near the end now.

Realism: 4/5 The position itself has so few pieces that it is bound to be more or less realistic. Perhaps it is a bit strange that white hasn’t resigned yet, but these things happen on lower levels. Plus, there might be one or two more white pieces on black’s king’s side.

Probable winner: Black is up a lot of material, so even if Lady Felicia’s checkmate is illegitimate, a proper one is bound to follow soon.