The last time we met Lewis, he was assisting inspector Morse in his final days. It turns out that he afterwards became an inspector himself and took his former boss’s place. It also turns out that it is a small treasure trove of chess scenes. The first one we will dissect comes from the third episode of the second season. A student shoots himself after threatening a reverend that later turns up brutally murdered. Less than twenty minutes in the episode — the reverend isn’t officially dead yet — the camera finds Lewis’s assistant Hathaway: 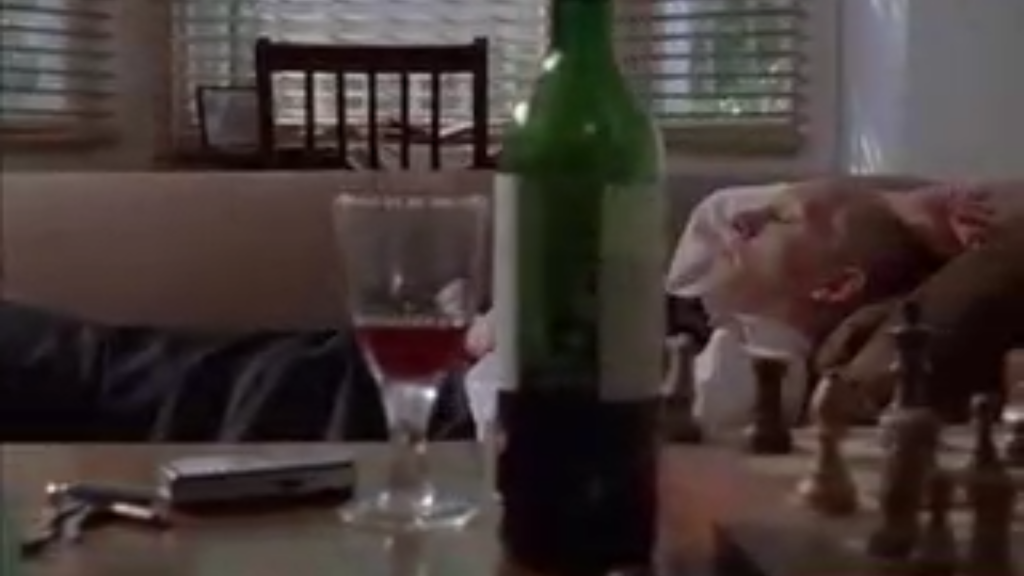 People, some of whom he knew personally, have been dying, but he seems to have had quite a nice night: half a bottle of wine is gone and the remnants of a chess game are still visible on the board.

Mostly, that is. After panning over a bit more than half of the board, the director unwisely decided to focus on Hathaway and his phone. And the plot, I guess, but who cares about that?

The most important takeaway is that Hathaway is an extraordinarily shady character who can’t even make sure that a8 is a white square.1 If we pick up his slack, we find that the position — or that part that we can see — looks like this:2 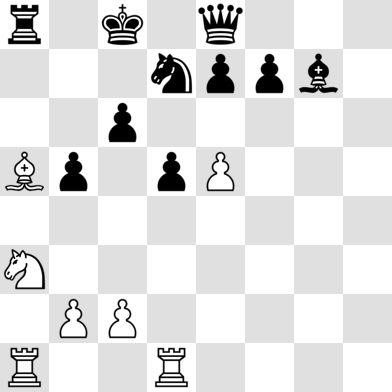 Being highly skilled in the art of deduction, we can draw one solid conclusion: he first drank the wine and then played the game.

Realism: 2/5 Putting aside the 90° rotation of the board, the position is not impossible, but it is highly unlikely. Just think of the strange manoeuvring the black royalty must have done to end up in their current configuration. White’s dark-squared bishop must also have ran some strange errands to end up on a5.

Probable winner: Half of the board, including white’s king, are missing, so who knows?

1. [He doesn’t even know what love is!]↩
2. [You can make something that looks exactly like it here but it won’t be easy; you’ll probably make something better.]↩