In the ranks of British tv detectives, inspector Morse occupies a prominent but slightly strange position. He is not a brilliant eccentric like Poirot or Miss Marple. He is not a pleasant homebody like inspector Barnaby. He is a lonely, sarcastic curmudgeon, but he is more cultured than inspector Frost. Although he loves Wagner, so there’s still room for improvement. And that, unfortunately, is not going to happen, because inspector Morse is dead. On his deathbed, he solved one final case, and that caused these guys some grief: 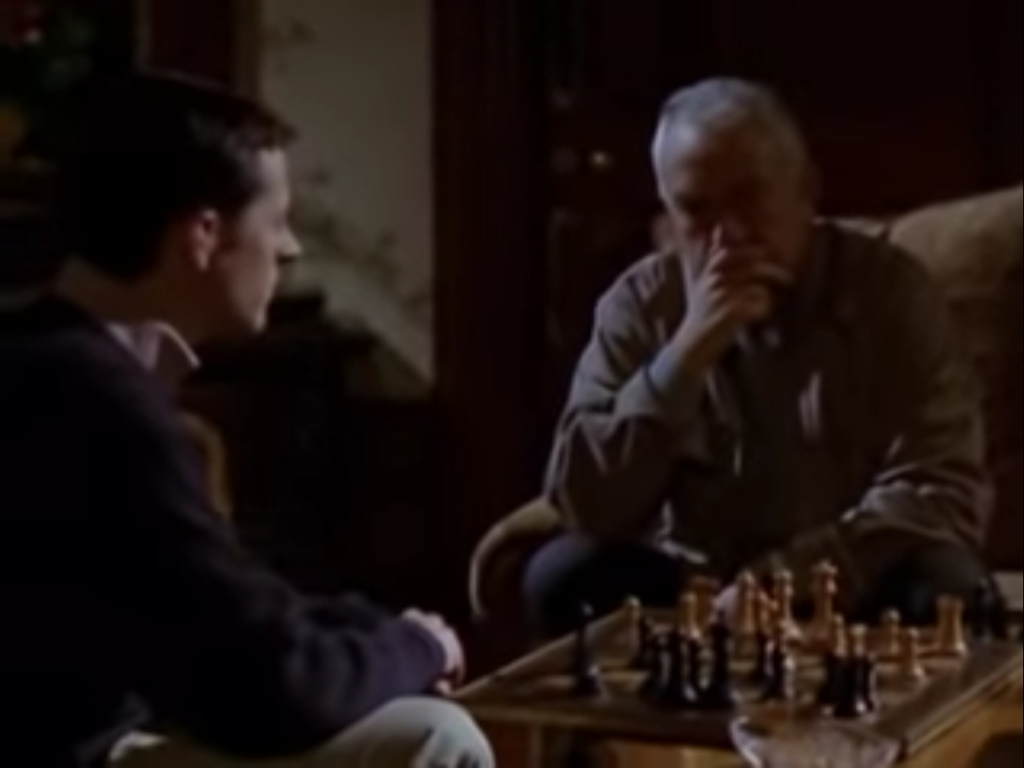 I will not go into the cause of said grief as it is not germane to this blog (and it might contain spoilers). Suffice to say that these guys are anxiously awaiting a phone call. To kill some time,1 they decided to have a game of chess. We come in while the game is already well on its way.

The board has a white square on a8. Before we get too excited about that, we better have a look at the position:2 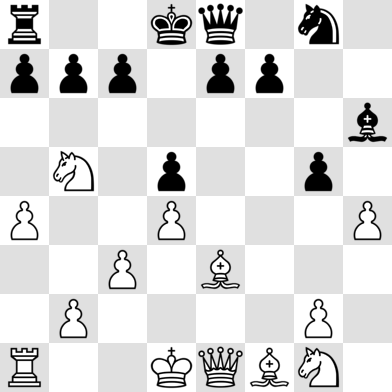 yeah, it seems like they put the queens and kings in the wrong places. Or they have been doing some really weird manoeuvring. Well, they must have been doing that anyway, since there is no reasonable way to trade the rooks on the king’s side.3 The pawn structure seems rather suspicious too, especially the black pawn on g5.

We see black play c6. Then the phone rings. And white leaves the board! What is all that about? Okay, your daughter is calling because she’s leaving the country, probably forever, but is that a reason to leave a chess game?!

Realism: 2/5 At first I wanted to give 1/5. After all, though the position is not illegal, it is very hard to image even very bad players shuffle their kings and queens around. Then I realised Carlsen and Nakamura recently played the bong cloud, so I pushed the score up a notch.

Probable winner: White is up a piece. But the game was interrupted and perhaps never finished. Who knows?

1. [Which, of course, makes them likely suspects in other murder cases.]↩
2. [Morse may have found the murderer, but he never found a good diagram making program.]↩
3. [Actually, that would be queen’s side here, I guess.]↩