It doesn’t happen very often that a long-running television show dedicates an entire episode to chess, but when it happens – oh boy! Episode 5 of season 15 of British detective series Midsomer murders is just such an episode. It is called the Sicilian defence and is about a murderer killing members of the local chess club after the daughter of one of them has woken up from a coma. It is an hour and a half long and in this time it provides enough material to keep this blog going for a whole year, so I’m not going to expound every error and every unlikely position. Let’s just focus on one short scene of the camera panning over a series of chess boards in a supposedly important tournament. This is the first board we see: 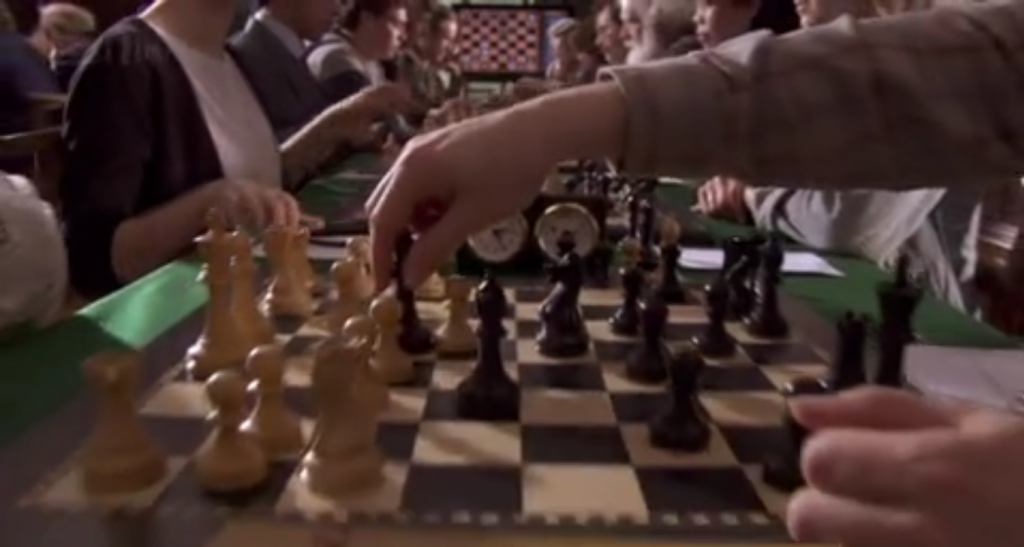 Whubwuh? was more or less my first reaction to this shot. White seems to have misplaced his bishops somewhere, presumably sacrificing them for black’s f- and b-pawn respectively, but it’s okay: black just gave his queen for no particularly good reason. Why didn’t he bring his e4 bishop in safety? 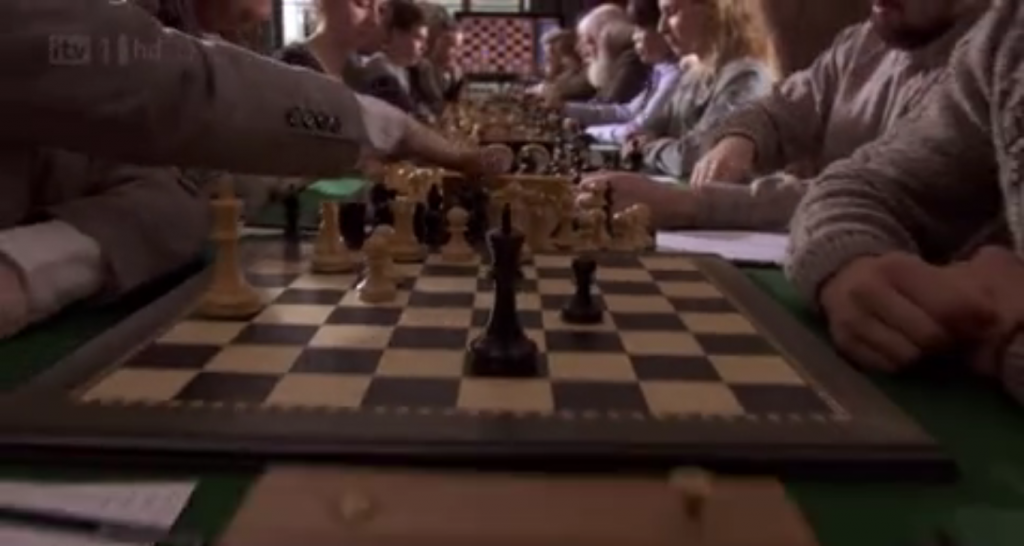 After the previous position, this one is a breath of fresh air. True, black should have resigned ages ago, but I can see this position occur in practice – especially between inexperienced players. The strangest thing is probably the huge discrepancy in how many moves have been played in this game and the previous one: the last position was one from the early middlegame, but this one is from an endgame which is well under way. Still, this isn’t too bad – but wait, the next board is coming up already! 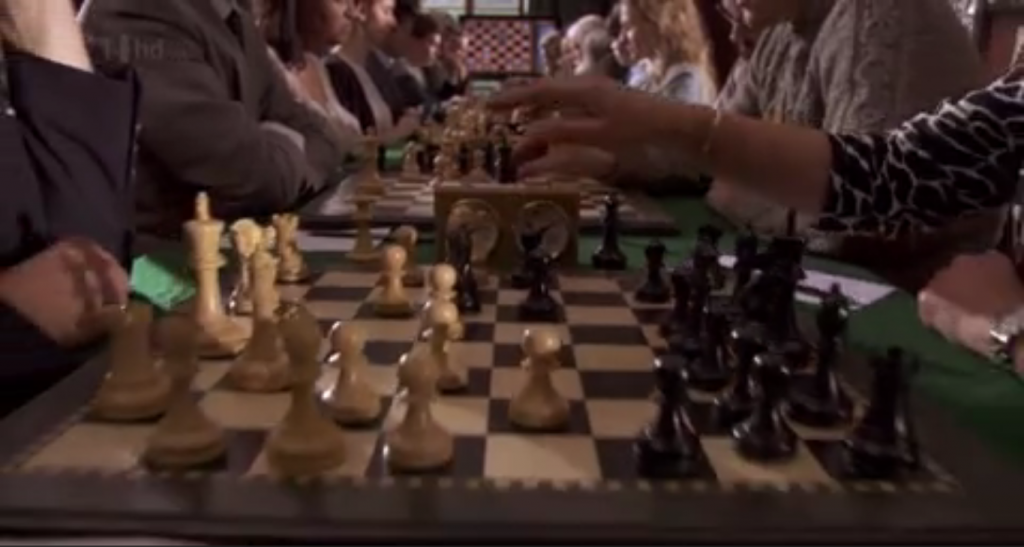 I think that’s enough. This is really like something from another universe, where chess is played ba purple striped bananas in the light of the moons of Zorg.
Bleh.

1. [Which is an actual, honest-to-God variation of the Sicilian.]↩
2. [This must be a promoted piece by the way. For a moment I thought this, too, was impossible, but then I realised the piece on e7 was the black queen. Then I was surprised at seeing the black queen next to the board, as if it had been taken – but nowadays it is not uncommon that the organisers provide spare queens for when someone promotes a pawn.]↩